“Naebuddy’ll get it. Naebuddy kens whit a coo’s lick is onywye.” Translated: coo’s lick: cowlick, tuft of hair hanging over the forehead. “Nobody will get it. Nobody knows what a cowlick is anyway.” Donate at the … END_OF_DOCUMENT_TOKEN_TO_BE_REPLACED

“If he’s as mickle a milker as ee’s at the plooin we’re done fur.” Translated: ploo: plough. “If he is as great a milker as he is at ploughing then we are doomed.” The Scottish Word: … END_OF_DOCUMENT_TOKEN_TO_BE_REPLACED

Ah’m scrievin doon here that yir throw’s void cos yir coo’s deid. (Coo hurlin’s no an Olympic Gemm nor a Hieland Gemm event, nivir was, and nivir will be). Translated: coo: cow. I’m noting down that … END_OF_DOCUMENT_TOKEN_TO_BE_REPLACED 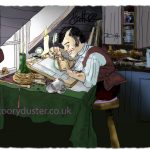 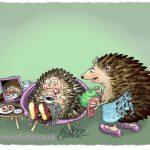 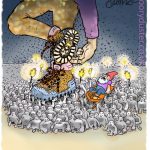 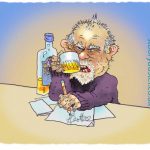