Expanding his head and hat by blocking his exhale.This Scottish word site is for enjoyment and entertainment. If you desire a definitive definition of any word here please consult the relevant dictionaries, lexicons, or grannies.

Why start the Scottish Words site? | Languages are valuable | The Words |

Why start the Scottish Words site.

The Stooryduster site was a reaction to the slow drowning and erosion of the richness of the English languages by the globalization of ‘International English’. Mainly through the ubiquity of computer operating systems and by association the World Wide Web.

The Stooryduster project began in the year 2000 during our Friday once a week chat, tea and sticky bun break which we made mandatory. This was an attempt to break the frantic chasing of individual deadlines which was killing the general sociability of our office.

We were at the time an International crew and while chewing the sticky buns we often discussed our various understandings of Scots words and the entertaining similarities that belonged to the exact same word that existed in each of our country’s language. There was also a serious shared passion for language and how to use words to communicate clearly and unambiguously. I took the idea that I could illustrate the words that came up and put them on the Web as part of a reaction to the danger of the globalization of language. Can’t be that too much work involved I thought. Aye right!

It’s grown since then.

Why languages are valuable.

Speaking our native tongue, whatever it is, doesn’t just say what we want it to – it whispers about who we are and where we’ve been, tattles about our origins and ancestors. The same holds true for languages as a whole. The intricacies of vocabulary and grammar holds clues to thousands of years of human history and prehistory. It even effects the way in which we perceive and understand the world.

Of the 6,000 languages spoken in the world – Dec 2000 – linguists believe that within a century that will be reduced to only hundreds. They argue that this is extremely serious with unquantifiable losses in humanistic and scientific terms. As Anthony Woodbury of the University of Texas puts it, “This” (loss) “ranges from prayers, myths, ceremonies, poetry, oratory, and technical vocabulary, to everyday greetings, leave takings, conversational styles, humour, ways of speaking to children, and unique terms for habits, behaviours, and emotions.” This is a loss of cultural, spiritual and intellectual inheritance of generations of peoples of the world.

Losses to science could include not being able to properly reconstruct our past. Studying how we communicated can contribute to the understanding of the impact and limitations of different languages on different societies. What can they reveal about the ways we think; about the different ways in which children learn and acquire diverse language structures, and the processes involved. All this can have an impact on a deeper understanding of ourselves, our history and the world.

For two centuries linguists have worked out family trees of languages. They have traced the lineage of most of the 6000 tongues spoken today and some that are now gone. They use the similarities or patterns of difference between languages to trace their relationships over time. The limit seems to be 6000 years back for most, and 10,000 for the remainder. But work is under way that looks as if it breaches this barrier, and if so, will give us an insight into the life of our more distant ancestors.

New generations of scientist are also no longer convinced that language is just a common shared part of our physical make-up. They believe that small, even apparently insignificant differences between languages affect the way speakers perceive the world. Others argue that language just changes what you pay attention to. But what you attend to changes what you encode and remember the scientists argue back.

One idea they hold is that the language you speak systematically influences your interpretation of events you don’t witness, but only hear about. They believe that if that is correct, the language we use may alter our understanding of everything from current affairs, history, politics and even down to celebrity gossip.

If all this is proved right the implications are far reaching. It is already true that each language is unique and provides an insight into human history, development and culture, but if languages also provide different ways of seeing the world then they are even more valuable than had been assumed.

The Scottish words I’ve used in the stooryduster site are not plundered directly from a dictionary. They are words that I and other contributors speak, and are pretty sure that they are Scottish, or have come to be Scottish.

No attempt is made here to give any authority to our use and definitions, or even to any other use of these words, no matter how small, or large the currency of each word may turn out to be, or where it came from, or where else it exists.

No attempt is made to allocate any words to a dialect (Scots or otherwise), language, or geographical area of Scotland. Contributions are welcome, but words will only be added if independent confirmation of use is found.

This Scottish word site is for enjoyment and entertainment. If you desire a definitive definition of any word here please consult the relevant dictionaries, lexicons, or grannies.

Apologies to other language speakers. I have no resources or ability to translate the words properly and correctly into other languages besides UK English. An’ that no’ very well either.

I don’t have much resources to back up with authority my use and definitions of the words that I have illustrated apart from ‘I speak the language every day’.

Likewise no attempt is made to allocate any words to a region or dialect (Scots or otherwise).

Don’t take all this too seriously. Enjoy yourselves and try and get people using a Scots word or two where you live. 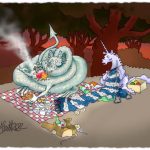 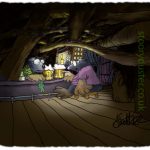 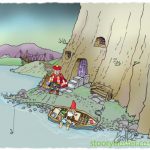 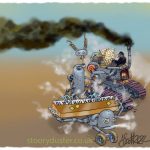